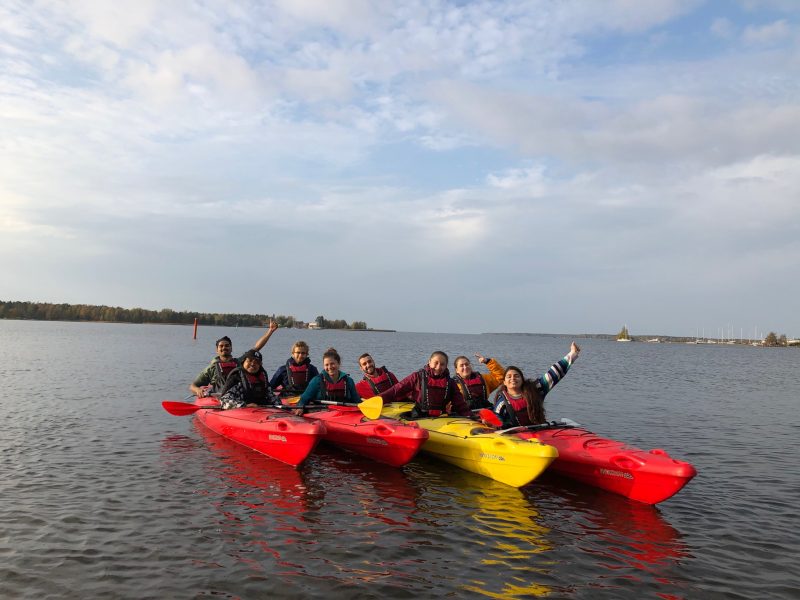 At Villa Elba, Christmas preparations began as early as September, when ten volunteers from Hungary, Italy and Finland participated in the Elf start! volunteering team project. (13.9 – 4.10.2020)

During three weeks, they built about 112 elves, sledge, a bear, a reindeer and other Christmas decorations which are to be used at the Villa Elba’s traditional Elf path in November. 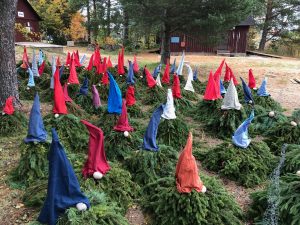 The volunteers lived in the cozy Villa Marina, which is a very traditional Finnish summer cottage. This was exotic and offered some unique challenges for volunteers who came from bigger cities such as Turin. For volunteers, working and living together as an international team and planning as well as completing their own work strengthened their personal skills, which will be useful in the future. 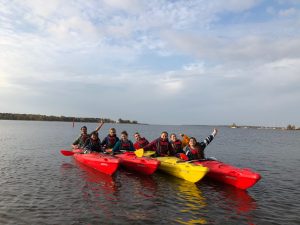 Even in a relatively short period of time the project had positive effects on the volunteers. Working with people from different cultures, speaking in a different language, the courage to operate in new environments and the work experience itself brought more self-esteem. We will miss our hard-working elf volunteers!